As a student, the question of whether or not to study abroad can be one of the biggest decisions you will face. But once that decision is overcome, the next most important question to ask is: where to go? To help you with this, we have compiled a list with some of the best countries to study in 2020. The result is based on factors such as popularity at Google, internship opportunities and receptivity to foreigners. Check out Countryaah for profile of each of following countries!

From geographic diversity to the wide range of courses, Spain offers something for everyone. That is why students from all over the world are opting for academic courses and internships in cities like Barcelona, Madrid, Seville and other urban centers that are much more accessible than many other European cities.

Whether you study History, Political Science, Business or Art, you can enjoy the experience of living in modern and prosperous cities while exploring the architecture and history of Spanish cities – some thousands of years old!

Among Spain’s world-famous museums, castles and churches, you will be immersed in the rich charm of the ancient world of this beautiful country. And be sure to try the siesta, one of the most famous traditions in the country, which is nothing more than the act of taking a nap in the early afternoon. Also, be sure to be enchanted by the various cultural festivals and the bustling nightlife of major Spanish cities.

If you are interested in developing your Spanish skills, be sure to get to know Castilian, a variation spoken only in certain parts of the country. 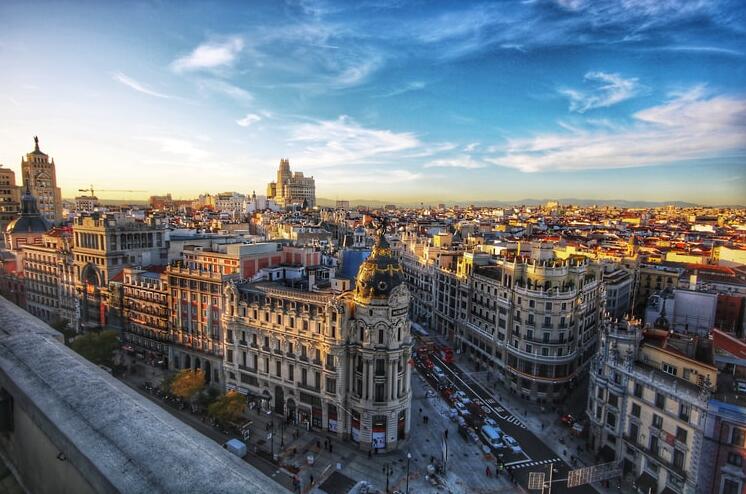 It is not difficult to understand why Germany is part of this ranking. Berlin, the capital of the country, in addition to being one of the main cultural centers in Europe, houses expanding shopping centers and headquarters of international brands such as BMW, Bosch and Adidas.

The country’s universities are internationally recognized especially for STEM courses. Not to mention the vast offer of internships found there, thanks especially to the high number of companies spread across the territory of the richest economy of the Old Continent.

But while Germany’s reputation for innovation and the great German economy make it one of the best places in the world to study science and business, Germany also has a solid foundation in humanities. Beethoven, Goethe, Heisenberg and Kant are just some of the names of those whose contributions to the Arts, Music and Philosophy last until today.

The country’s central location made it the heart of European intellectual history in the 19th century and secured its place in world history. Today, students can explore Germany’s past and future by visiting one of its many world-famous museums, immersing themselves in the Dresden arts or walking through the scenic villages of the Black Forest. 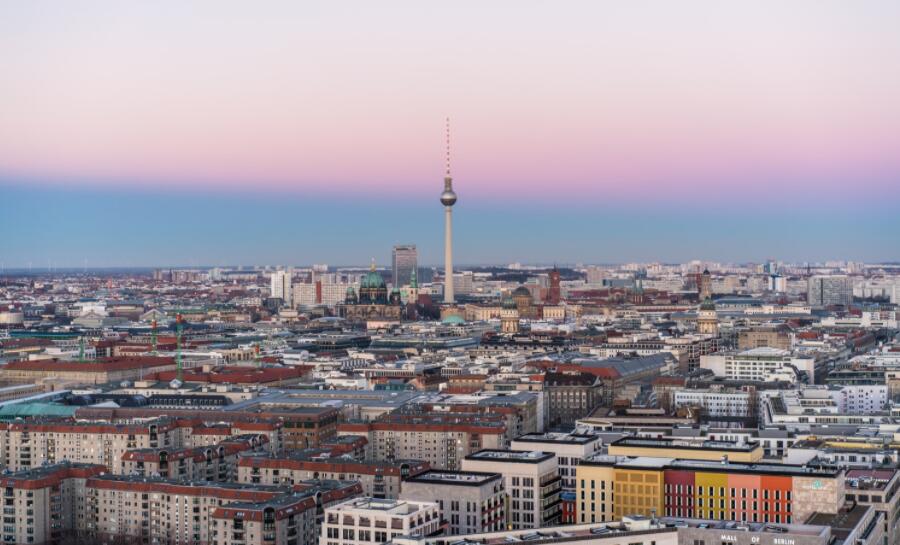 The Japan remains the best choice for students who dream of studying in Asia. The unique combination of innovation and thousands of years of history, makes the country a fascinating destination for any student, regardless of their degree. At the forefront of scientific and technological modernization, Japan is home to some of the best STEM programs in the world, in addition to highly respected liberal arts colleges that benefit from a long tradition in Philosophy and Culture.

The people, although shy, are very welcoming, especially the students, and are happy to present to visitors the harmonious balance where modern and ancient history come together. This friendly environment – in addition to the convenience of enjoying great transportation services and food in the country – makes it easier to get out of your comfort zone.

From sushi culinary adventures in Osaka to historic experiences at Hiroshima museums, you will have the chance to acquire skills and gain experience in a unique part of the world. 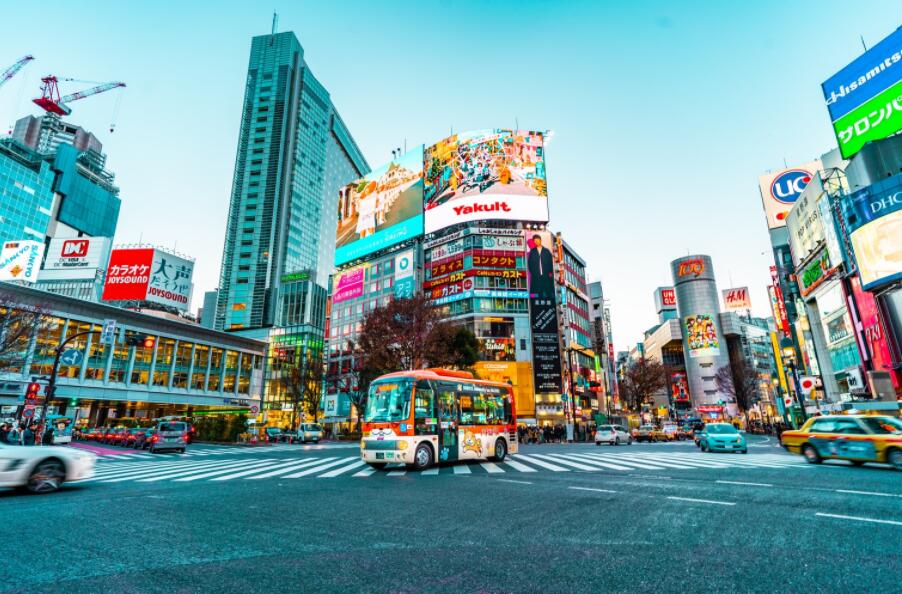 Italy’s excellent hospitality, delicious food and rich culture continue to attract students from all over the world. Home to some of the oldest universities in the world, Italy takes education seriously, allowing students to have hands-on experience at Milan’s Fashion and Business center ; in the historical treasure of Rome and in the agricultural wealth of Siena. You will have access to numerous original works of art and dozens of architectural wonders, all within walking distance or a short train ride.

Italy has one of the best climates in Europe, making it easy to explore its hills, islands and mountains on a free weekend. The incredible history of the country can be experienced at every step, from ancient Greek and Roman ruins to the art of the Renaissance and the remnants of World War II.

Whether you are interested in learning the language of Dante and Machiavelli or studying Earth Sciences investigating volcanoes, Italy is waiting for you. 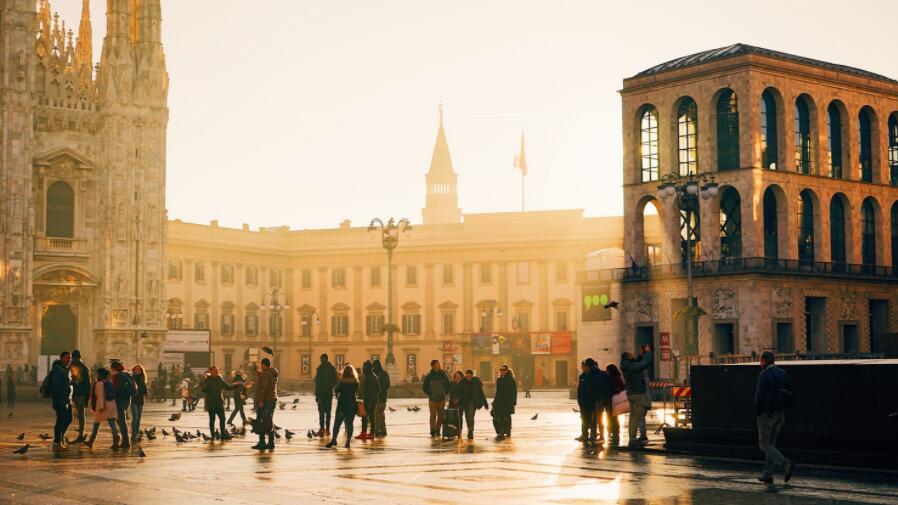 The France is always one of the main destinations studies for exchange students, making it home to all kinds of international students and a multitude of diverse course offerings. When studying Biology, Business, Music or even Wine Management at one of the many renowned universities in the country, you will be surrounded by the living history that fills cities like Tours, Lyon, Lille, Aix-en-Provence, and – of course – Paris . In any of its important galleries, museums, cafés or walking trails, you will have the chance to explore a country that has had a long-standing global influence on society, fashion, arts, food, and science.

Slow down and learn about “joie de vivre”, or the joy of living. Cuisine plays an important role in French society and you will have many opportunities to sample croissants, fresh cheese and other exquisite foods that make French food one of the most iconic and copied in the world.

Students can also (and must!) Take advantage of special discounts that give access to galleries and other attractions at lower prices. France shares borders with six countries and its location in the middle of Europe makes it an excellent option for those who wish to travel extensively during their time abroad. 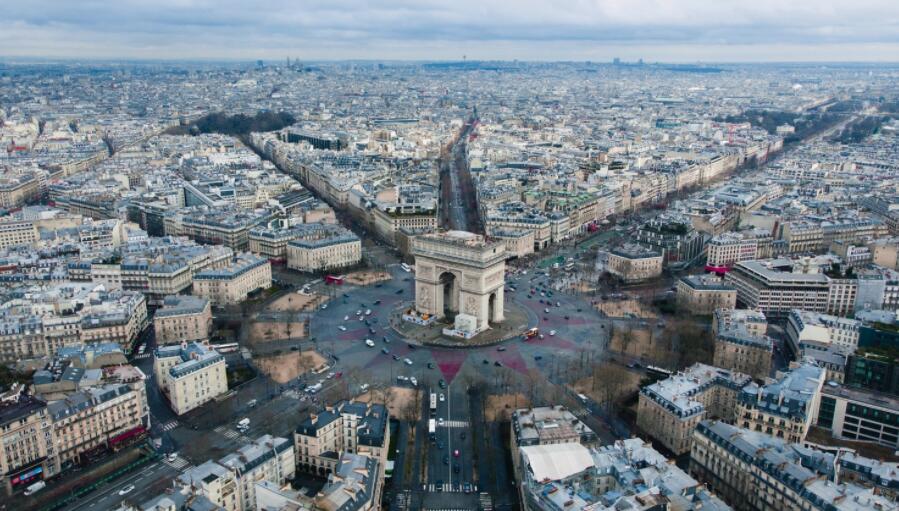 Adventurous souls are attracted to Outback’s extraordinary landscape and wildlife. Exotic and rare animals and impressive geological features make Australia one of the best places for students who can’t wait to leave home and explore the world.

As it should be, the country stands out especially in the areas of Biological Studies, Environment and Conservation. Where else in the world is it allowing to get close to the koalas and the Great Barrier Reef, the largest coral reef structure in the world? If you dream of studying Environmental Biology or Veterinary Science abroad, be sure to take a look at Australian universities .

Australia is also home to some of the most multicultural cities on the planet, and international students in places like Brisbane, Perth and Melbourne can benefit from a variety of high-level courses in fields such as History, English, Mathematics and Communication. Music is also another strong area, after all, where is it better to learn music technology than at the world famous Sydney Opera House?

Sports and physical education are two other highly emphasized programs in Australia, and courses like these include activities such as bush walking, kayaking and diving to make the most of the country’s warm and sunny climate. 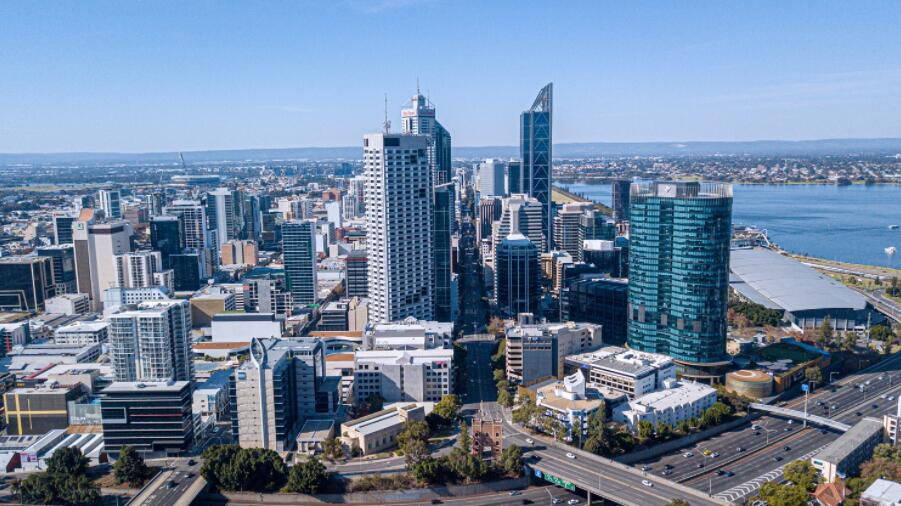 Esmeralda Island offers a unique combination of adventure, history and entertainment, giving exchange students a taste of its culture marked by Viking ruins, several castles and the Gaelic language itself.

Breathtaking views of the Ring of Kerry and the Giant’s Causeway are just a few of the attractions that await you in Ireland’s rugged countryside . The country is especially sought after by students interested in courses in Arts, Literature and Humanities. But in addition, it has also stood out as a major international research center, already having a consolidated reputation in the fields of Chemistry, Technology and Pharmacy.

And of course, you can’t talk about Ireland without commenting on the high concentration of Brazilians studying in English courses, especially in Dublin, the capital. Being one of the few places in the world where it is possible to combine language study with work, the country has become one of the main sensations among exchange students who dream of learning the most important language in the world abroad. 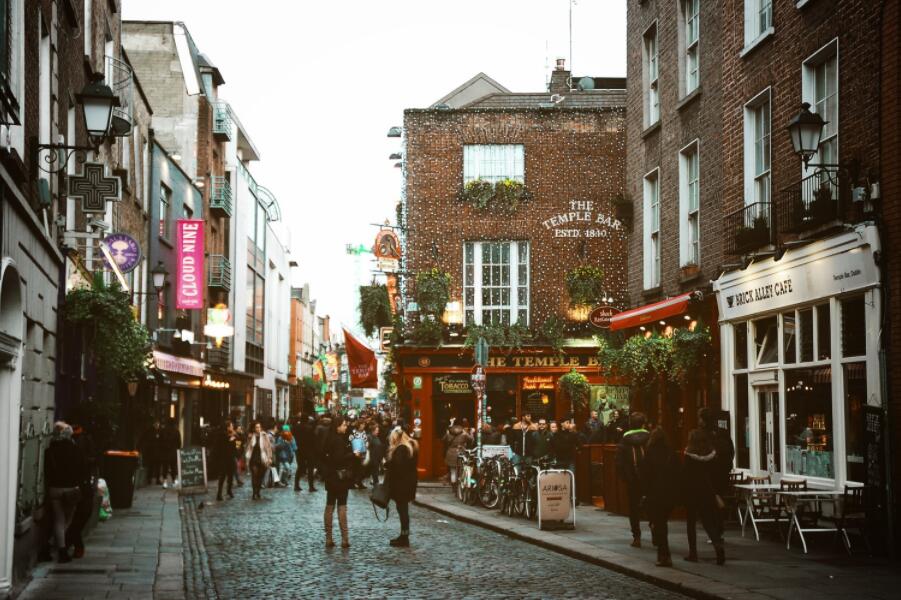 The England has always been a major darlings of exchange students and, considering his long academic tradition and enormous cultural diversity, it is no surprise. In addition to the well-known academic reputations of Oxford and Cambridge, the country offers a quality of education recognized worldwide, regardless of the area of ​​study.

From Stonehenge to the National Gallery , you will have access to some of the oldest and most emblematic sites and scenery in world history. Free admission to most museums, libraries and galleries means that you can experience even more Literature, Art and History outside of your studies and gain valuable information on these topics from new perspectives. 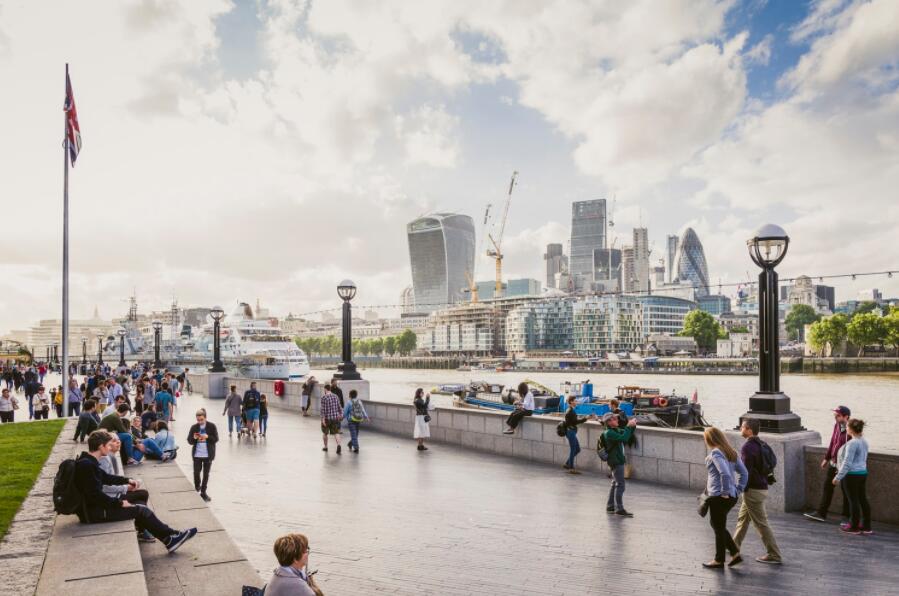 Whether in a small university town surrounded by nature or in one of the large and bustling cities of New Zealand, studying in the country is to have access to various travel and field work, a widespread custom in large scale in New Zealand universities. And the reason is not surprising, after all, the country has some of the most impressive natural landscapes on the planet! Zoology and Equine Science are two areas of great prominence there.

Many people who study in the country say that New Zealanders are the most pleasant and generous people they have ever met. Add that to the low crime rates and excellent health care and you have the perfect formula to easily understand why New Zealand is considered one of the best countries to study in 2020. 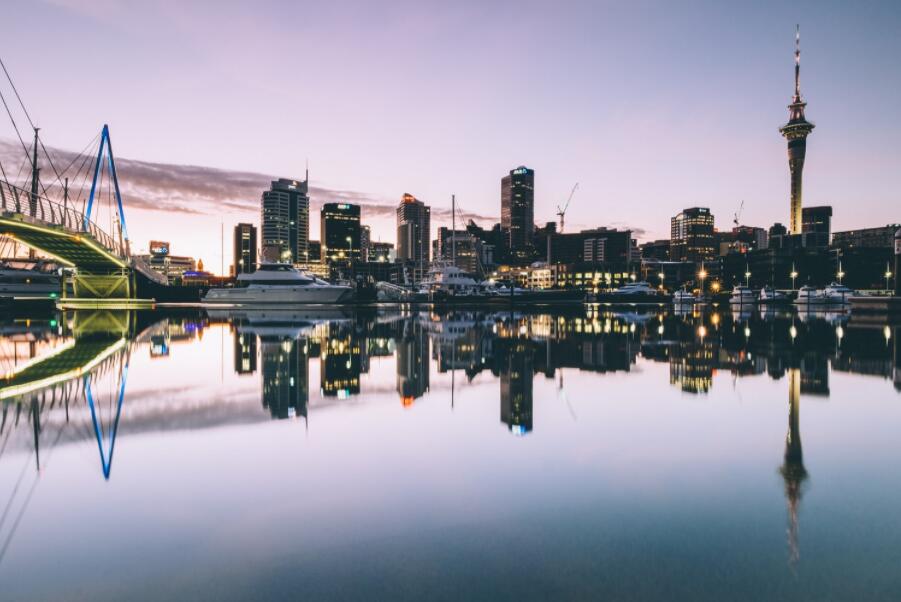 Known worldwide for the flexible structure of its universities, Sweden values ​​the balance between personal and professional / academic life. Its universities are excellent in all areas, but the highlight of the country are courses in the fields of Technology and Business.

As one of the most innovative nations on the planet, Sweden has a high standard of living and takes environmental and sustainability issues very seriously. And that’s not all! Swedes are very adept at practicing outdoor activities and health and body care. This is also reflected in their universities.

These are just some of the best countries to study in 2020, but the offer is huge! It is up to you to think carefully before deciding the destination of your dreams. But remember that more than a destination, choosing to study abroad is a life-changing experience. Whatever your choice, you ‘ll be back after meeting new friends, taking part in unique adventures and gaining knowledge that will remain with you for the rest of your life!