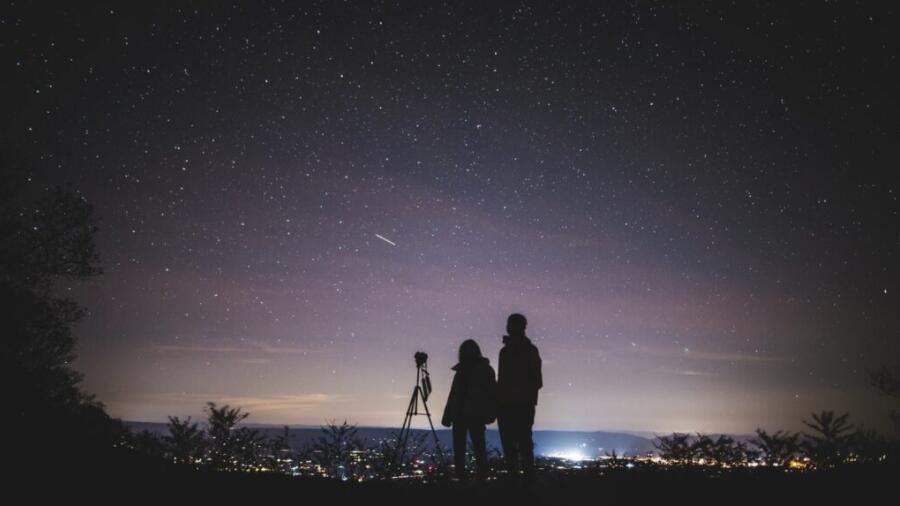 There are three different types of ACT Science questions: Data representation, Research summaries and Conflicting views. And to help you prepare for this section of the exam, here are some commented questions for each of these three types.

It is worth mentioning that the questions address several different topics (Biology, Chemistry, Physics, Geology, Astronomy, etc.). However, candidates are not expected to be experts in any of these topics. If your scientific reasoning skills are sufficient, you will be able to answer any question in the ACT Science section – even if it is about a topic you are unfamiliar with! 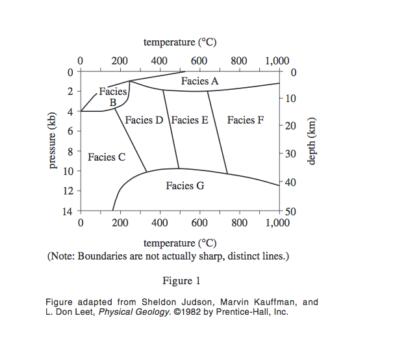 1 . According to Figure 1, a Facies G rock will most likely form under which of the following pressure and temperature conditions?

The topic of this question is metamorphic rock formations. However, you don’t need to be an expert on this to understand the graph. The question asks under what conditions a “Facies G” rock is likely to form.

Observing the area of ​​the graph that represents the rocks in question, it is possible to see that they are formed with pressure between approximately 10 and 14 kb and temperatures between 200 and 1,000 degrees Celsius. Looking at the alternatives, only one (J) corresponds to a pressure reading under which a “Facies G” rock could form. Therefore, alternative J is the correct answer.

In other words, the question is testing your ability to read and interpret the graph. The issue is not testing your knowledge of metamorphic rocks. This means that, among the ACT’s Science questions, this one fits those related to Data representation.

2 . Which of the following variables was controlled in the design of Study 2?

The topic of this passage is elaiosomes – nutritive structures in seeds that attract ants. However, just like in Question 1, you do not need to have studied in depth about ants, seeds or elaiosomes to know which variable was controlled and answer that question.

A controlled variable is a variable that remains constant. So all you’re looking for is the variable that was kept the same throughout the experiment. Reading the description of the study, we see that “two seed plates were placed in each location”. This makes alternative G the correct answer. The other response options – number of ants, mass of elaiosomes of each seed and type of seed harvested by the ants – were not described in the study summary.

Therefore, to resolve this issue, you need to know what a controlled variable is and how it relates to the structure of scientific study. You don’t have to be a seed germination expert. That is why studying the scientific method is important in order to do well in ACT science questions.

Passage II
In 1908, an object from outer space devastated 2,000 km² of forest in Siberia. The object was between 10m and 100m in diameter and traveled at a maximum speed of 15 km / sec. It exploded at an altitude of 8 km and released energy equivalent to 20 million tons of TNT. Two scientists discuss whether this object was a comet or an asteroid.

Scientist 1
The object was a comet, a body made of ices (such as frozen water or methane) and dust. Most of this comet material is volatile(easily vaporized) and low in density. Friction in Earth’s atmosphere heated the comet to a temperature at which it exploded, high above the ground. The majority of the ices and dust were vaporized in the explosion, which explains why no crater was formed at the ite and why no large, identifiable fragments of the object were found. An asteroid would not have been completely destroyed. Intact asteroid fragments that reached the ground would have created one or more craters upon impact and left behind recoverable pieces. Evidence shows that the object decelerated rapidly before it exploded. Because of their low density, comets are capable of such rapid deceleration, whereas high-density objects, such as asteroids, are not.

Scientist 2
The object was a stony asteroid. As it entered Earth’s atmosphere, its high speed created a large air pressure difference between the area just in front of the asteroid and the area just behind the asteroid. The large pressure difference eventually exceeded the structural strength of the asteroid. The asteroid flattened, decelerated rapidly due to the dramatic increase in its surface area, and fragmented before reaching the ground. This fragmentation would have appeared like an explosion. Calculations show that a comet between 10m and 100m in diameter would explode at an altitude much higher than 8 km, but a stony asteroid of that size would fragment at or near an altitude of 8 km. Recovery of large asteroid fragments is difficult due to the area’s boggy soil; however, small,

3 . Which of the following phrases best describes the major point of difference between the 2 scientists’ hypotheses?

The question is asking you to discover the main point of disagreement between the two scientists. In this case, the disagreement is clear in the first sentence of each opinion. Scientist 1 says “the object was a comet”, while scientist 2 says “the object was a stony asteroid”. This makes alternative J (“the type of object that entered Earth’s atmosphere”) the correct option. Scientists do not disagree on any of the other three response options.

Again, your familiarity with the content – in this case, comets and asteroids – is not important. The important thing is your ability to read two different points of view and quickly focus on similarities and differences. Even if you didn’t know anything about celestial bodies, it would be possible to get it right using reading skills.