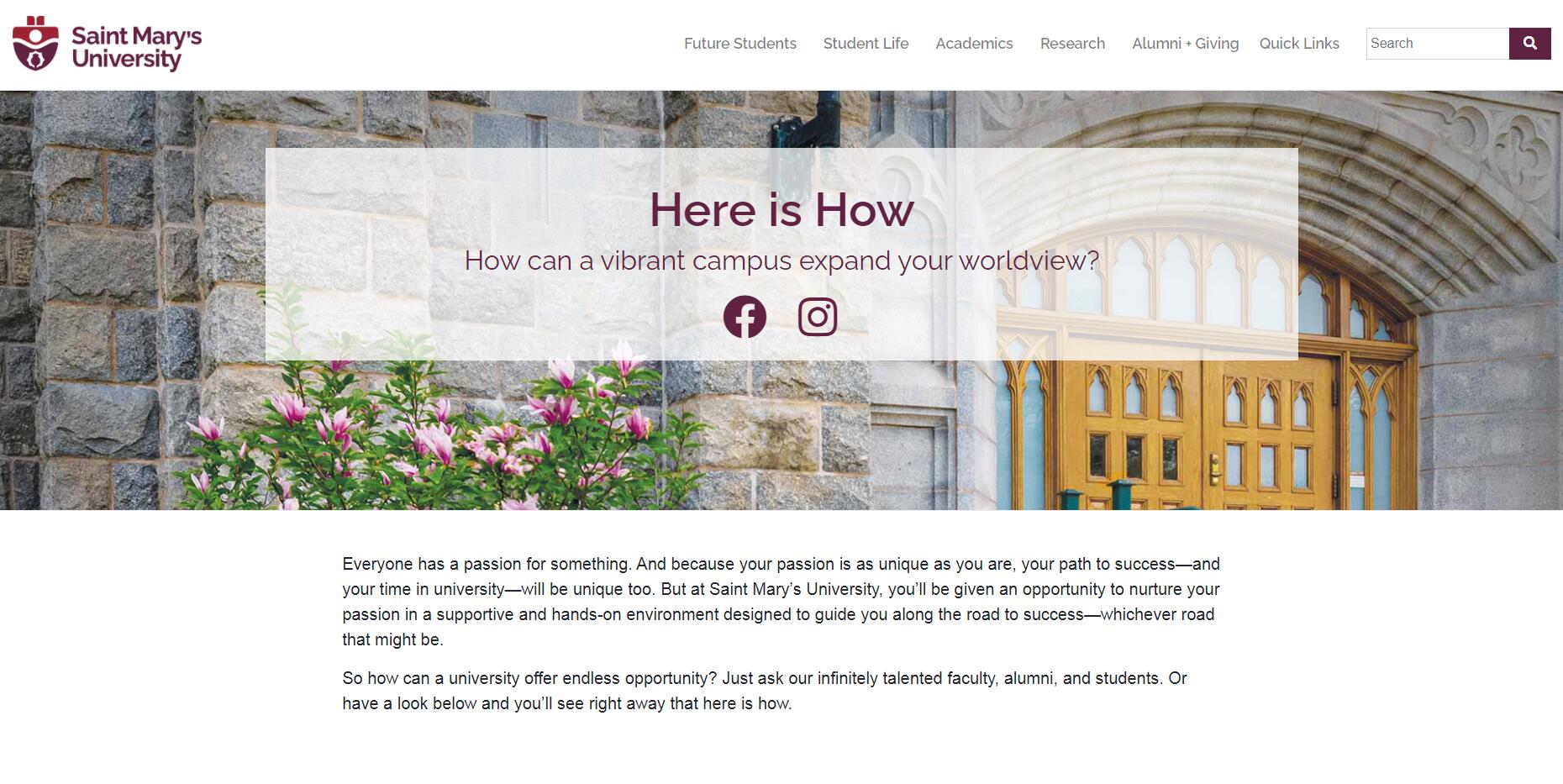 For all those who have already read more than enough testimonials or are just looking for one or the other quick answer, I would first like to summarize the following content as briefly as possible.
Yes, Halifax is definitely worth going to. No, it is not complicated or has hidden costs.

For those who want to read more, I would now like to share some of my experiences. However, I save myself the organizational part, because I think there is more than enough information on the homepage, as well as in other experience reports and if you need more help, the telephone hotline is at your side with words and deeds. Nevertheless, I would like to first explain the “hard” facts and then come to my personal experiences.

I was in Canada from the beginning of September to the end of December to spend my 5th semester there. I was very fortunate that our semester times in Mannheim are the same as in the Anglo-Saxon region and after the learning agreements were signed, there were no further difficulties from my home university.

At the SMU, I shared a room with a friend in Rice Res. And the apartment with two Canadians (the apartment consisted of two two-bed rooms, a bathroom and a large kitchen-cum-living room). Our wish to live with two native speakers was taken into account, which in the end did not help too much, as we were rarely in the apartment.

As an economist, I had chosen the “Comparative Econ. Systems ”,“ Development Econ. ”And“ Money and Banking ”were decided. I really enjoyed all three courses, even if development economics got really boring from time to time. The learning conditions are very pleasant with very small courses for around 25 students and modern rooms.

However, the learning system itself differs significantly from most German universities. The lessons are much more school-based in terms of the form of teaching and the provision of services. In some cases, there are no final exams or a large part of the grade has already been achieved. This includes (sometimes several) midterms, homework, papers, presentations and online discussions and requires constant and sometimes time-consuming work throughout the entire semester. In return, it is comparatively easier to achieve good grades. So you could say more effort with less effort.

The courses were described quite well by the outlines. M&B has dealt with the money, banking and securities markets and, as an economist, was a very interesting summary and extension of what I had learned so far. As the title suggests, CES compared different economic systems and variations and also examined the current situation in different nations. Online discussions were held or papers were written on the topics. Another very interesting subject, which unfortunately would not have been possible to this extent at my home university. I think that’s a particular shame, because in my opinion the content should be part of general education for business and economics students.
Development economics has fallen slightly compared to the other two subjects, but what about the lecturer Dr. Sharif was lying. Slightly irascible and monotonous, she conveyed the most diverse models of development economics. Technically very interesting, unfortunately not particularly exciting as a lesson.

Personally, I really liked the trappings at the university. There is a university shop where you can get the most important learning materials, all books (also some cheaper used ones) and the university collection. There are a few supermarkets in the immediate vicinity and the city center can also be reached on foot or faster by bus.

There are 2 hairdressers on the university campus itself, besides the cafeteria there is also a small food court, as well as several cafes and a “mini supermarket” where you can get toothpaste, drinks or coffee.
In the middle of the campus there is a stadium where the home games of the university teams take place. Especially the games of the football team (quite successful in Canada) should be watched by the play-offs at the latest, when every seat is occupied and there is really a good mood.

In general, you have many opportunities to do sports. A modern fitness studio is connected to the university and can be used freely after registration. There was also a football tournament organized by the international students (or the support provided by the International Office) with weekly games. Furthermore, you also have the opportunity to partially participate in the regular sports teams or simply to go running in the beautiful surroundings, including the forest.

We had purchased one of the meal plans (which, by the way, went on-site without any problems), so that we had access to the all-you-can-eat cafeteria 10 times a week. There are various stands where you can get food. The menu, which changes more or less daily, ranges from pizza, hot dogs, sandwiches, Asian dishes, a salad bar to “normal food” with, for example, potatoes, vegetables and chicken. However, it should be clearly stated that the food mostly tastes good, but is more in the direction of fast food. Breakfast is also quite rich, with omelets, muffins, bagels and the like.

Whether you really save money with the meal plan has to be answered for yourself, depending on how much you eat and how important a warm (varied) meal is to you every day. However, I would say clearly that the cafeteria should be annoying more than 10 times a week.

Because of course there are many other ways to eat out, especially in the evening. That brings me to the real part. The human. The experience. The traveling.

I have had consistently positive experiences with people, made new friends and seen a lot. Almost every day there is the opportunity to do something and whenever you feel like it, someone can be found. It starts with the numerous cafes on campus and in the city center, there are many options to eat (keyword “wings”) and you should plan some time for partying. There are countless possibilities here: the university’s own pub, which is not bad at all, a multitude of pubs, bars and discos in the city center. There are also dormitory and house parties.

But excursions are also organized by the international office and of course you always have free time to explore and travel yourself. For example, we drove to Montreal with a rental car and flew to New York quite cheaply, but of course you can also escape into nature or whatever. Even without the USA, which is in the immediate vicinity, you can’t have enough money and time to explore Canada.

It should also be noted that there are a lot of Germans at the university, so that you can automatically make friends (which is not a problem with the open-minded other students anyway), but you should also be careful not to only speak German and forget that you are in Canada.

It is also a pure game of chance who you live with in the dormitory. One Canadian roommate was almost never there and the other was rather unsympathetic and (to put it in a friendly way) not exactly tidy … So living off-campus is definitely an interesting alternative (I tended to have the impression that these fellow students lived more cheaply).

Another small annoyance was that the final exam dates are only set during the course of the semester and only a period of time is given beforehand. The problem is that you actually have to get out of the dormitory within 24 hours of the last exam. However, there is the possibility to ask for an extension and if you make your situation as a foreigner clear, because the return flight does not leave until 2 weeks later, then you can get this extension free of charge.

Nonetheless, it was a great experience that helped me professionally and personally and, above all, gave me a great time. If you decide to go to Halifax, get involved, take as many experiences with you as you can and enjoy the time! 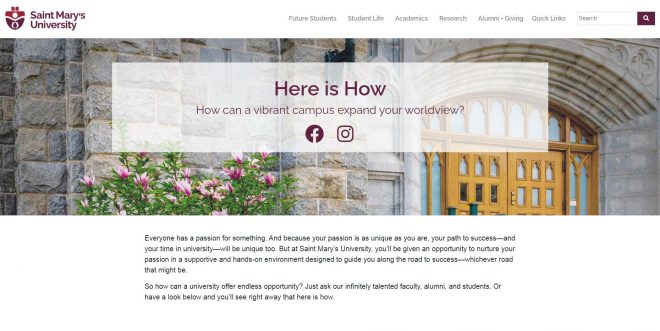