What is the capital of California? 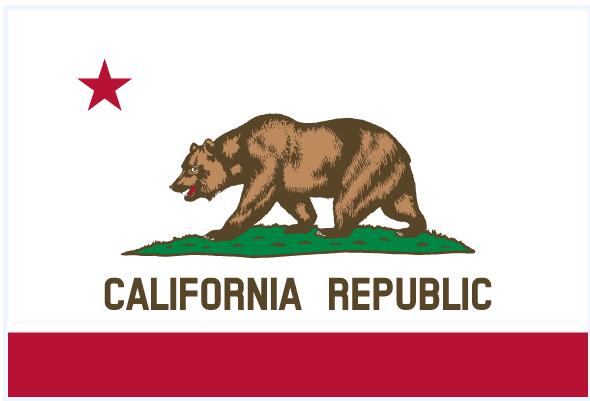 The Spaniards were the first European colonizers to gain influence in present-day California. After Mexico gained independence from Spain in 1821, California became part of Mexico. However, the first American and British settlers already penetrated from the interior. Subsequently, California managed to gain independence from Mexico and a republic was created there, which, however, did not last long.

After the Mexican-American War, the area was divided, and only part of the peninsula remained from the original California; the American part gradually became the states of California, Nevada, Arizona, Colorado and Utah. With the onset of the gold rush, crowds of other settlers began to flock to California, and the population grew rapidly. In 1850, California was annexed to the United States as an official state.

California is very diverse geographically, with several large mountains such as the Sierra Nevada or Cascade Range, many valleys and lakes. At the same time, California is a coastal state and the ocean has a significant impact on the local climate.

There are relatively dry and warm summers and colder winters with frequent rainfall, especially in the north of the state. Further inland, temperatures are a bit more extreme – higher in summer and colder in winter. Temperatures can be very different in different parts of the country, especially in connection with the altitude, which ranges from sea level to values ​​exceeding 4000 meters above sea level.

California’s economy is highly developed; if it were an independent state, it would be one of the world’s largest economies in terms of volume. In agriculture, California is famous especially for growing fruits and vegetables. After World War II, industry developed greatly in California, such as the manufacture of vehicles and electronics, and in recent decades, California has become a popular location for technology companies. The entertainment industry also forms a significant part of the state’s economy; Los Angeles is the world’s center of film, and of course tourism.

There are a number of large cities in California – the largest of which is Los Angeles, which has a population of about 3.8 million, although the metropolitan area around the city has about 16 million residents. Other important cities include San Diego, San Jose, San Francisco and Fresno. The capital of California is Sacramento with 470 thousand inhabitants.

The capital of California – Sacramento

Sacramento is the oldest officially recognized California city – it was founded in 1850. In connection with the creation of the state of California as an official state of the USA, the capital was moved here; it was definitely transferred here in 1879.

Sacramento is located in central California, about 140 miles northeast of San Francisco and the Pacific Coast. The climate here is very pleasant with warm and dry summers and mild winters, which are, however, characterized by frequent rainfall. The highest average summer temperatures reach almost 35 degrees, in December and January daily temperatures rise to an average of 12 degrees Celsius.

The flag of the state of California was adopted in 1911.

Death Valley National Park, or Death Valley, covers an area of 8,000 square kilometers and is the lowest and driest place not only in California, but in the entire Western Hemisphere. The valley is situated southwest of the Sierra Nevada Mountains, on the edge of the Mojave Desert. The park was announced only recently – in 1994, until then, the area was under the protection of the National Monument.

Inhospitable conditions prevail in the valley, in the summer months there are extreme and unbearable heat, when the mercury of the thermometer normally rises above 50 ° C. The main tourist season takes place in Death Valley in the winter, because the climate is a little more bearable. Death Valley is even considered one of the warmest deserts in the world. The average annual rainfall is less than 5 cm. However, resilient life forms have been able to adapt to this harsh landscape and harsh conditions. Around 1000 species of plants have been discovered in the national park, which have managed to cope with these specific conditions. These resistant plants include, for example, various types of cacti.

As the whole area was flooded by the sea more than 500 million years ago, we find numerous fossil remains here today. In addition, there are also rich deposits of minerals and salts. However, the modern history of Death Valley is associated with another mineral – borax. Its deposit was discovered at the bottom of the valley in 1881 and was mined there until 1888. Today, you can see the remains of mining equipment and the ruins of the buildings of that time. The borax museum is open in the oldest building built in 1883.

In this part of the country there are numerous “ghost towns” – Ghost Towns, which were left behind by people and families who were nourished by the mining of local minerals, such as gold, silver, copper and other minerals. Such “ghost towns” include, for example, Panamit City, Ballarat, Chloride City, Rhyolite, Harrisburg, Greenwater, Skidoo or Leadfield.

One of the great tourist attractions in the area is the part of the Badwater salt field, which is located 86 meters below sea level and is the lowest place in the Western Hemisphere. In contrast, the highest peak of the national park – Telescope Peak, located in the Panamit Range, reaches an altitude of 3368 meters. The view of numerous canyons, impressive rocky formations, sand dunes, volcanic craters and natural bridges is also breathtaking. The most beautiful view of the entire Death Valley is from the Dantes View, located at an altitude of 1669 meters above sea level. Another attraction of the valley is the salt field Devills Golf Course, where only a thick salt layer remains from the original lake after evaporation.