What is the capital of Florida? 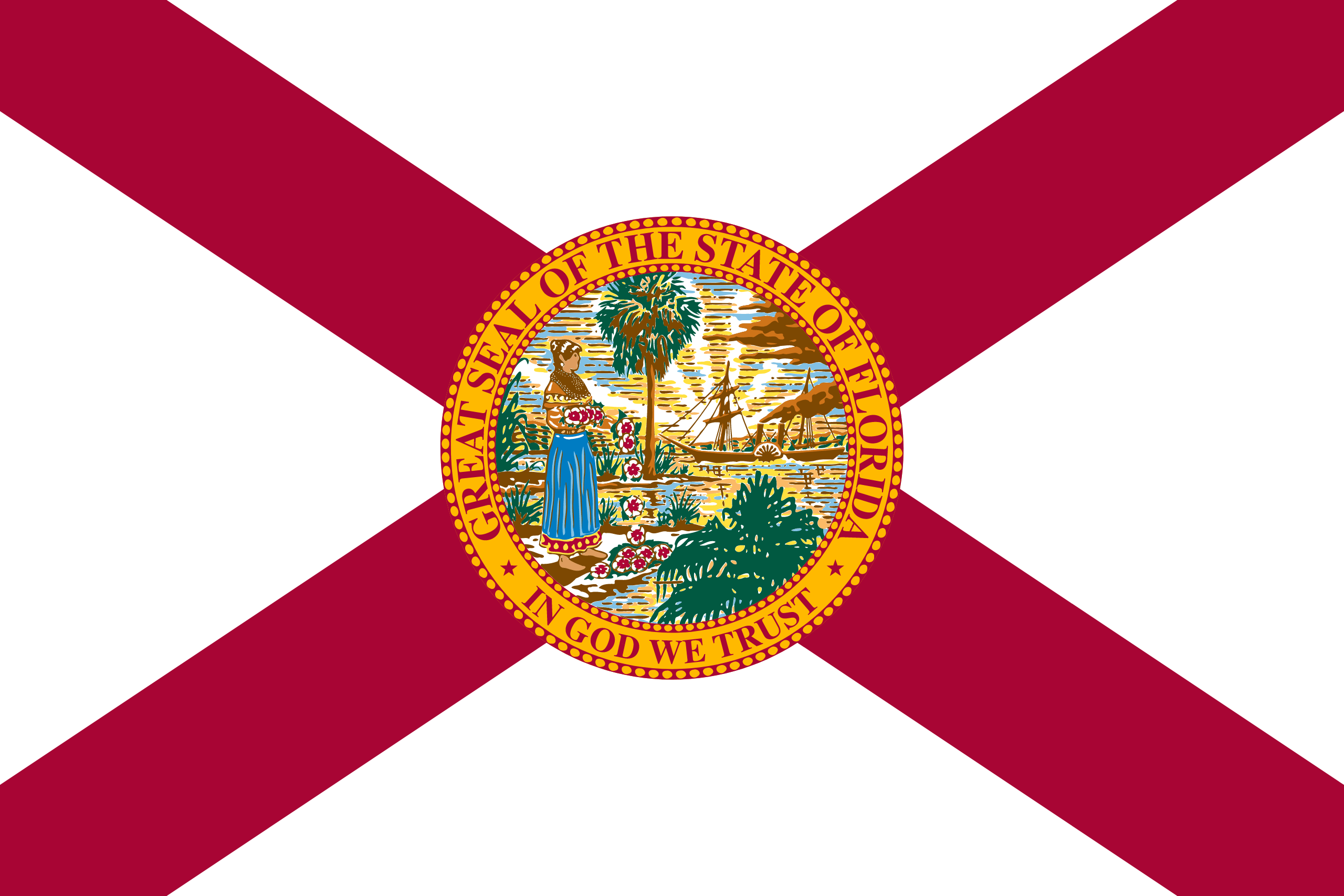 Florida is one of the most populous states in the United States; It was admitted to the Union in 1845 as the 27th state ranking. Florida is located in the southeastern tip of the United States and its neighbors are Georgia and Alabama. The capital of Florida is the city of Tallahassee.

Florida is largely made up of a peninsula jutting into the waters of the Atlantic Ocean; its northwestern part is then called Panhandle and is the capital of the state of Tallahassee.

The proximity of the sea is also determined by the weather in Florida – in the northern part of the peninsula there is a humid subtropical climate, while in the south there is a pure tropical climate. Florida is the warmest state in the United States – summers are hot and humid and temperatures rise well above 30 degrees Celsius; Humidity, which is higher especially in South Florida, further intensifies the temperature. Winters tend to be very mild, especially in the south of the state. In the summer and at the beginning of autumn, summer storms are very common, which sometimes turn into hurricanes.

Tourism is very important to the Florida economy; This beautiful state is visited by 60 million tourists every year. Another important sector of the state’s economy is agriculture, especially citrus production.

The capital of Florida is Tallahassee, but the largest city is Jacksonville, followed by Miami and Tampa. However, the largest agglomeration is clearly Miami, which, together with the surrounding municipalities, represents an area with more than 5 million inhabitants.

The capital of Florida – Tallahassee

Tallahassee is located in the northwestern part of the state of Florida in an area called Panhandle, several tens of kilometers from the Gulf Coast. There is a humid subtropical climate with long and hot summers and short mild winters. Temperatures are higher here in the summer than in the southern part of the state, and the highest daily temperatures exceeding 35 degrees Celsius are no exception. On the contrary, winters are a bit colder here than in South Florida and fall below zero in extremes. Snow is no big exception; There have been several snowstorms in Tallahassee history.

The city has a strong student character, as the two large universities are attended by a total of about 60,000 students. Universities are also responsible for one of the biggest attractions of Tallahassee, which is university football, which is very popular in this city and the main entertainment of the locals. 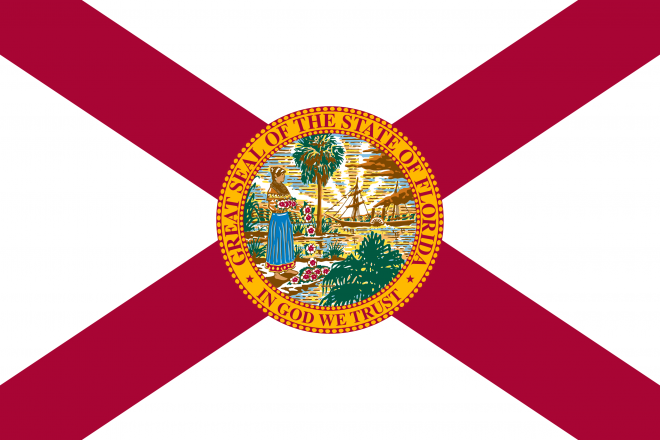 The Florida state flag was adopted in 1985.

Orlando is the capital of Orange County, Florida. It covers an area of 261.5 km2 in the middle of a tropical lake area in the center of the Florida peninsula and has about 300,000 inhabitants. It is the sixth largest and third most visited city in the country. The city is known mainly for its numerous attractions that attract visitors from all over the world. Orlando is the largest family entertainment center in the world, attracting tourists of all ages and welcoming around 52 million tourists each year.

Well-known are the local tourist attractions, the most popular being Walt Disney World Resort, situated in the area of Lake Buena Vista. Back in 1970, Orlando was a peaceful farming town. In the same year, however, an international airport was built from part of the former air base, and in October 1971, the first part of Walt Disney World was opened. You can also visit Sea World, Gatorland Zoo, Island of Adventure with Jurassic Park or Universal Studios. There are many shops, boutiques, theater restaurants and hotels waiting for tourists. The city is also known for its wide range of golf courses, which are designed for golfers of all levels.

The tallest building in the city is 134 meters high The SunTrust Center, which was built in 1988. The city is also home to the second largest university in Florida. Also worth a visit are some of the local museums, the Harry P. Leu Botanical Gardens or the World of Orchids. Terror on Church Street is ready for the harsh nature of Church Street Station. Cape Canaveral and Kennedy Space Center are about an hour’s drive away.