What is the capital of Kentucky? 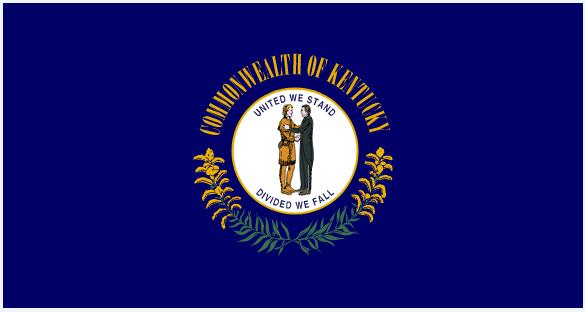 The state of Kentucky became the official state of the United States in 1792 as the fifteenth in a row. It is located in the eastern part of the USA and borders seven other states – in the north with Illinois, Indiana, Ohio in the east with Virginia and West Virginia, in the south with Tennessee and in the west with Missouri. The capital of the state of Kentucky is the city of Frankfort, with a population of 30,000.

The area of ​​present-day Kentucky has been inhabited by indigenous tribes for centuries, but by the time European settlers began to infiltrate the region in greater numbers, Native American tribes no longer operated in the area. After the independence of the United States, the state of Virginia was formed, which included the area of ​​present-day Kentucky; the districts beyond the Appalachian Mountains were referred to as Kentucky County. In 1790, an agreement was reached to separate this part from Virginia, and two years later the state of Kentucky was established.

Kentucky is located in the eastern part of the United States. The northern border is formed by the Ohio River, the western border by the Mississippi River. Much of East Kentucky is part of the Appalachian Mountains; the highest point of the state is Black Mountain at an altitude of 1263 meters.

The climate in Kentucky is characterized as humid subtropical and is characterized by four relatively clearly defined seasons. In summer, the average maximum temperatures reach about 31 degrees and there is very hot weather, but with relatively heavy precipitation, especially in early summer. Winters tend to be drier and temperatures at night drop to an average of -6 degrees Celsius.

Kentucky’s economy relies mainly on industry, especially the manufacture of electrical equipment, the food industry, the automotive industry and the chemical industry. Kentucky is also one of the largest American producers of hard coal. Agriculture is also an important part of the state economy; Kentucky is the second largest tobacco producer after North Carolina. It is also known as a traditional producer of bourbon and horse breeding.

The capital of Kentucky is the small town of Frankfort, located in the central part of the state. However, the main economic center is the largest city Louisville with 600,000 inhabitants and Lexington, which has 300,000 residents.

The capital of Kentucky – Frankfort

Frankfort was founded in 1786 by James Wilkinson, who bought land on the north side of the Kentucky River. Here the city began to develop and Wilkinson soon became a major supporter of Frankfurt as the capital of the state.

The development of other cities in Kentucky was significantly faster; Today, Frankfort is the 15th smallest capital of the United States with a population of 25,000. In addition to the governor’s office, a number of other state offices are located here, making the state one of the city’s main employers. Interestingly, Frankfort is home to several major beverage producers that made Kentucky famous – bourbon.

The Kentucky flag was adopted in 1918.