What is the capital of Montana? 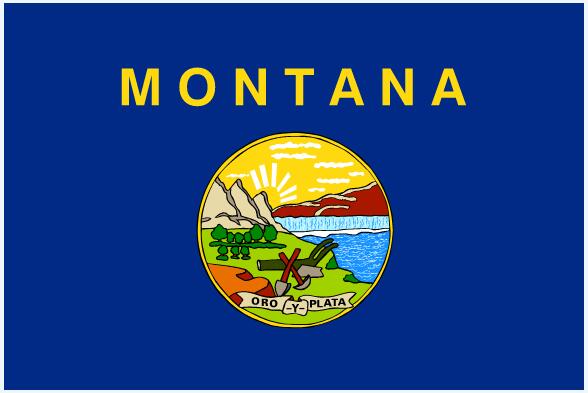 The territory of today’s state of Montana has historically been inhabited by a number of Native American tribes. The first permanent settlement of colonizers did not originate here until 1841, and for the next few decades Montana was a site of clashes between Indians and immigrants; the fighting was intensified by the discovered gold and silver deposits and the construction of the railway. In 1864, the Montana Territory with the capital Bannack was established. Two years later, Montana tried to join the Union for the first time as a state, but without success. It was not until 1884 that the people of Montana approved the application for admission, which was ratified by the Senate five years later, and in 1889 Montana became the 41st state in the United States.

Montana is located in the northern part of the United States and is the fourth largest state in the United States. The state is interestingly vertically divided – in the western part is the Bitterroot Range, which is part of the Rocky Mountains; There are a number of high mountains, the highest of which is Granite Peak with an altitude of 3903 meters. The eastern part is then completely different from the west; it is made up of flat and endless prairies.

Montana’s climate is very diverse, especially given the size of the state and the large differences in altitude. The eastern part of Montana is characterized by a steppe continental climate characterized by large differences between winter and summer temperatures and also between day and night. The western part is then under the influence of warmer currents from the Pacific with milder winters and colder summers.

Montana is very rich in raw materials – in the western part of the state there are many deposits of metals – copper, silver, gold, platinum or zinc; the eastern part is then relatively rich in oil and natural gas and partly also in coal. A number of related industries are gaining ground here. Despite the harsh weather conditions, agriculture in Montana is a very important part of the economy, growing mainly wheat, barley and sugar beet and raising cattle.

The capital of Montana is Helena, a city of thirty thousand located in the middle of the state. The largest city is Billings east of Helena.

The Montana state flag was adopted in 1981.

The capital of Montana – Helena

The capital of the state of Montana is the city of Helena, which was founded in 1864 and today has about thirty thousand inhabitants.

The history of Helena is mainly associated with gold deposits; the gold rush attracted many people to Montana, and in 1864 a settlement was established there, which was named Helena, probably after the town of the same name in the state of Minnesota. Thanks to the ongoing gold mining, Helena developed very quickly. The development continued even after the depletion of gold or silver reserves, as deposits of other metals, such as zinc or copper, were discovered.

Helena became the capital of Montana in 1875 when she replaced Virginia City, and remained so after Montana became the official state of the United States in 1889.

The city has a number of monuments from the time associated with the gold rush, such as the Gold Museum and other landmarks such as the original seat of the governor. The city is surrounded by scenic mountains and forests and is located near Yellowstone National Park.