What is the capital of Nebraska? 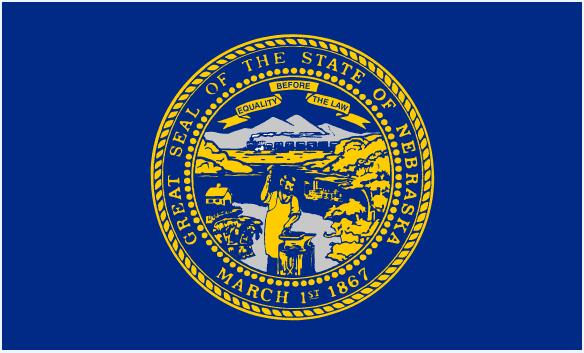 The territory of today’s Nebraska has long been inhabited by Native American tribes. The first white inhabitants of North America cruised Nebraska during the 18th century on their way from the north to Santa Fe. The first permanent settlement in Nebraska was established in 1819, but it was not until the middle of the 19th century that immigrants began to flow into the area in larger numbers in connection with the gold rush that broke out in western North America. In 1854, the territory of Nebraska was established, and thirteen years later, Nebraska became an official state of the United States.

Nebraska is located in the heart of the United States. The altitude rises relatively smoothly from east to west; Nebraska’s highest point is Panorama Point at 1654 meters above sea level.

The climate in Nebraska has a dual character – in the eastern part there is a humid continental climate with more rainfall, while to the west the climate changes to steppe, where there is a relative drought. Large differences in temperatures between summer and winter are characteristic, but also between night and day. The highest daily temperatures average around 32 degrees in summer; in winter, on the other hand, they only slightly swing over the freezing point, so that they fall deep below it at night. Nebraska is very prone to thunderstorms, especially in spring and summer; Tornadoes are no exception.

Nebraska is a typical farming state; Corn, soybeans and wheat are grown here, and cattle are traditional. Of the industries, the food industry is the most prosperous here, following the rich agricultural production.

The capital of Nebraska is the city of Lincoln, located in the eastern part of the state near the largest economic center of Omaha.

The flag of Nebraska was adopted in 1963.

The capital of Nebraska – Lincoln

The capital of the state of Nebraska is the city of Lincoln, which was founded in 1856 and is located in the eastern part of the state. Lincoln is the second largest center of Nebraska after Omaha with more than 250,000 inhabitants.

The city was founded in 1856 and named Lancaster; three years later it became the center of the newly formed Lancaster County. The capital of what was then Nebraska was Omaha, but in 1867 the capital was moved to Lincoln; he changed his name in the meantime – he got a new name in honor of US President Abraham Lincoln.

Today, Lincoln is a major center of Nebraska, although Omaha has retained its status as the largest economic center. Lincoln is home to the University of Nebraska and a number of financial companies, particularly insurance companies.