What is the capital of North Carolina? 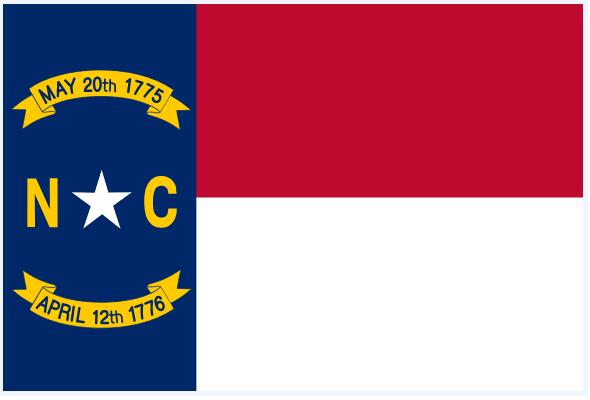 The North Carolina coast was first explored by Europeans as early as the first half of the 16th century, but the first permanent settlements did not begin to emerge until the middle of the seventeenth century. The area was under British rule, and from 1729 the British made North Carolina a royal colony. The original Indians were gradually pushed west across the Appalachian Mountains. North Carolina then became one of the thirteen colonies revolting against the British in the struggle for American independence, and in 1789, as the twelfth in a row, it ratified the American Constitution and became an official state of the Union.

North Carolina consists of three geographical parts – the eastern Atlantic Coastal Plain, the Piedmont region in the middle of the state and the Appalachian Mountains in the west. The coastal east is relatively flat and has very fertile soil. Piedmont is the most urbanized part of the state and is home to the majority of the state’s population. North Carolina’s highest point is Mount Mitchell in the Appalachian Mountains, which is the highest point in the United States east of the Mississippi River at 2,037 meters above sea level.

The climate in eastern North Carolina is influenced by the Atlantic, which provides mild winters and tolerable weather in summer – peak temperatures are around 32 degrees in summer and remain on average about two degrees above zero in winter and night. Inland, the influence of the ocean is no longer so significant and the temperature differences between summer and winter are more pronounced. The west is also colder due to the higher altitude.

Agriculture is an important part of North Carolina’s economy, which is the largest producer of tobacco among the United States. It is also known as a major producer of textiles and furniture. The city of Charlotte has since developed into a nationwide financial center since the 1980s.

The flag of the state of North Carolina was adopted in 1991.

The capital of North Carolina – Raleigh

The capital of North Carolina is Raleigh. It was founded in 1792 and is located in the central part of the state in the Piedmont region; today it has about 450,000 inhabitants.

The province of North Carolina gradually had several capitals, such as Bath, Edenton or New Bern. In 1788, Raleigh was chosen as the new capital due to its position in the central part of the state. No city or settlement existed in the selected place before, so the capital literally grew on a green field. It was officially founded in 1792 and is named after Sir Walter Raleigh, the founder of the original colony on Roanoke Island.

Raleigh boasts a number of historic buildings (such as the Capitol, which was completed in 1840), several libraries and museums; the city is also home to several universities. Raleigh is also a major transportation and shopping center and one of the fastest growing cities in the United States.