What is the capital of Oklahoma? 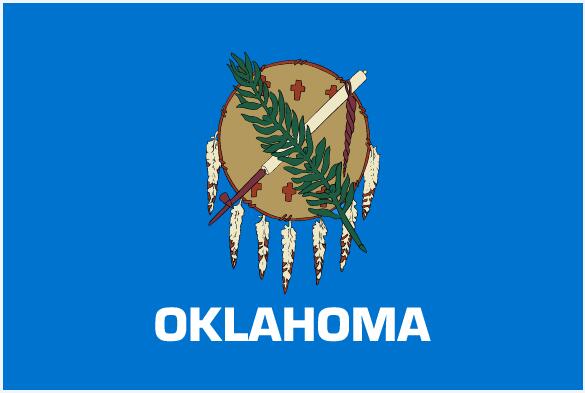 The state of Oklahoma is located in the heart of the United States. Oklahoma became the official state of the USA in 1907 as the 46th state in a row. It borders six US states – in the north with Colorado and Kansas, in the west it has a short border with New Mexico, on the contrary, the longest shares in the south with Texas ; Oklahoma’s eastern neighbors are Arkansas and Missouri. The capital of the state is the city of Oklahoma City.

The Spaniards were the first European colonizers to visit the area of ​​present-day Oklahoma as early as the sixteenth century, but this did not lead to the creation of any permanent settlements. The land was taken over by the French in the seventeenth century, who sold it to the United States in 1803 under the so-called Louisiana Purchase. As part of the colonization of the eastern United States, Native American tribes were displaced to the Oklahoma area in the first half of the 19th century, and Native American territory was created there. After the end of the Civil War, Oklahoma was connected by rail and white settlers began to flow in larger numbers. The western part of present-day Oklahoma became the official territory of Oklahoma (Oklahoma Territory) in 1890. The Indian territory and the territory of Oklahoma were then merged into one state, and in 1907 Oklahoma became the 46th state in the United States.

The climate in Oklahoma shows signs of a continental climate, which sometimes causes very sharp temperature fluctuations and harsh weather; strong storms and tornadoes are common. The average maximum temperatures in summer are 32 degrees Celsius, and in winter around 10 degrees.

In traditional agricultural Oklahoma, this part of the economy remains very substantial; cotton has been replaced by cereals, and livestock farming is also important. Oklahoma is also rich in minerals, mainly coal and especially oil.

The Oklahoma state flag was adopted in 1925.

The capital of Oklahoma – Oklahoma City

Oklahoma City was settled in 1889 after the area of ​​today’s city was vacated by the state authorities for settlement. The city grew rapidly and doubled in population over the next decade. By the time Oklahoma was accepted as an official state of the Union, the population of Oklahoma City had already surpassed the largest city of Guthrie until then, and in 1910 it became the capital of the newly formed state.

The weather in Oklahoma City is subtropical – summers are very hot with high humidity; however, extreme weather can reduce Oklahoma’s windy weather. Nevertheless, the highest average temperatures in summer reach almost 35 degrees Celsius. Winters tend to be relatively mild, with daily temperatures climbing to ten degrees on average. Precipitation is most common in spring and fall; severe storms, which sometimes turn into tornadoes, are also common.

Oklahoma City is known as an important farmers’ market; it is the commercial, industrial, and financial center of the state and also one of the centers of the American oil industry. There are many sights and museums, such as the Capitol, the State Historical Museum and the National Cowboy and Western Heritage Museum.