What is the capital of Oregon? 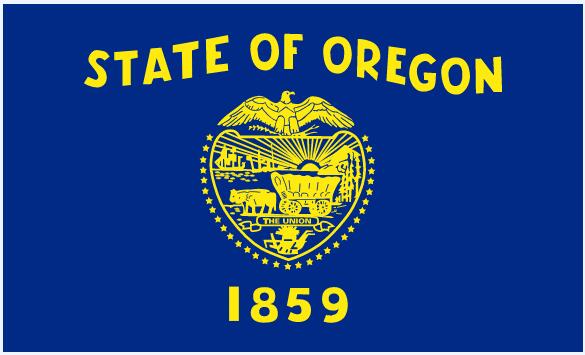 Oregon is located in the northwestern part of the United States. Oregon became the official state of the USA in 1859 as the 33rd state in a row. It borders four US states – Washington in the north, California and Nevada in the south and Idaho in the east. The capital of the state of Oregon is the city of Salem.

The area of ​​today’s Oregon has been inhabited by indigenous people for centuries. The first Europeans to arrive in the region were the Spaniards in the mid-sixteenth century. The area was not explored more frequently until the 18th century, when the Oregon coast became an important link on trade routes to Asia. During the 19th century, permanent American settlements gradually began to emerge here, and after settling disputes with Britain over the Oregon border, Oregon was established in 1850. Nine years later, Oregon became the official state of the United States, as the 33rd state in a row.

The Pacific Coast is followed by the Coast Range, about forty miles from the ocean; the western part of the state is so mountainous and its highest point is Mt Hood with an altitude of 3492 meters. The North-South Cascade Mountains then create a rain shadow, with two-thirds of Oregon in the east receiving significantly less rainfall than the western third.

Due to the rugged terrain and different altitudes, Oregon can characterize several different types of climate, from the alpine climate in mountainous areas, through the Mediterranean in inland valleys to the desert in the southeast of the state. The western third of the state is affected by the ocean, which alleviates temperature extremes. Winters are very rainy, only summers are dry and there is a lot of humidity. In the eastern part of Oregon, on the other hand, humidity is very low throughout the year. Winters here are very cold and rich in snow, while summers are significantly dry and hot.

Oregon’s economy benefits from its natural wealth; Although many forests have been closed to logging in recent years, logging and wood processing are still one of the most important sectors of the state economy. Rivers, especially Columbia, are similarly used to generate cheap electricity in hydropower. From agriculture, the most common products are wheat and dairy products, and cattle breeding also has its place here. Especially thanks to the beautiful coast but also the ski resorts and beautiful lakes, tourism is also gaining in importance.

About 70 percent of Oregon’s population lives in the Willamette Valley, which is also the largest city in the state. The largest is Portland in the north; the capital is Salem, with a population of 150,000.

The capital of Oregon – Salem

The capital of the state of Oregon is the city of Salem. It was founded in 1842 and is located in the central part of the Willamette Valley, where most of the Oregon population lives. Today, Salem has a population of about 160,000.

The first Europeans arrived in what is now Salem in the early nineteenth century, and the first permanent settlement was established there in 1840. In 1851, Salem became the capital of what was then Oregon, and after Oregon became an official state in 1859, the capital of the newly formed state..

Salem is the seat of Willamette University, of course there are a number of government offices, and the Capitol building, built in 1937 in the neoclassical style, is definitely worth seeing.