What is the capital of Pennsylvania? 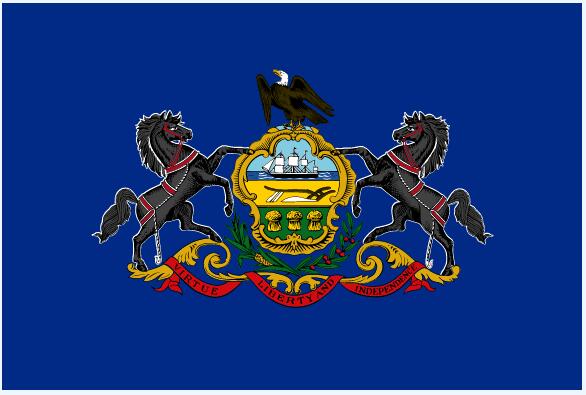 European colonists began to settle in present-day Pennsylvania as early as the early 17th century; the territory was gradually under the rule of the Swedes, the Dutch and the British. In 1681, the King of England left almost the entire territory of present-day Pennsylvania to William Penn as payment of the king’s debt to William Penn’s father. He established a colony called Pennsylvania and at the same time concluded an agreement with the local Native American tribes, which ensured long-term peace between the Indians and the colonists. Pennsylvania’s western border was a point of contention between France and Britain and was not resolved until the Seven Years’ War in the mid-18th century. In the following years, Pennsylvania was one of thirteen colonies rebelling against British rule, ratifying the American Constitution in 1787, making it the second official state of the Union.

Pennsylvania is located in the northeastern part of the United States; it partially extends into the Great Lakes region, where it has about fifty kilometers of access to Lake Erie. The Appalachian Mountains stretch diagonally through Pennsylvania; the highest point of the state is Mount Davis with an altitude of 979 meters.

The climate in most of Pennsylvania is characterized as humid continental. The weather here is characterized by cold winters, which are tougher, especially in the mountainous hinterland. Summers are then generally very warm with considerable humidity; the highest average daily temperatures attack 30 degrees Celsius in summer. The whole of Pennsylvania is relatively rich in rainfall, both rain and snow.

Pennsylvania is an industrial state, long focused on heavier industries. Pittsburgh and the surrounding area is known as the Steel Center; Other industries such as the production of transport equipment, mechanical engineering and the chemical industry are still important.

Pennsylvania has two major centers at opposite ends of the state – the metropolitan area around Philadelphia in the east and Pittsburgh in the west. However, the capital of the state is 50,000 Harrisburg.

The flag of the state of Pennsylvania was adopted in 1907.

The capital of Pennsylvania – Harrisburg

The area of ​​present-day Harrisburg has long been inhabited by Native Americans; the first Europeans came here at the beginning of the seventeenth century. In 1719, the English merchant John Harris founded the first permanent settlement here. His followers decided to establish a city here, which they named after Harris. Harrisburg became the official city in 1791 and less than twenty years later it even became the capital of Pennsylvania.

Harrisburg soon became an important transportation hub, mainly due to the construction of a canal in 1827 and the arrival of the railroad nine years later. The steel industry in particular began to gain ground here, but it has been in decline since the second half of the 20th century.

Interesting sights in Harrisburg include the Capitol from 1906, the State Museum of Pennsylvania and the National Civil War Museum.

Friendship Hill National Historic Landmark is located in Fayette County, Pennsylvania, about 50 miles south of Pittsburgh. Nearby lies Point Marion overlooking the Monongahela River. It is a historic building that was the home of prominent American politician Albert Gallatin for many years.

Gallatin was a Swiss-American ethnologist, linguist, politician, diplomat, and congressman who settled in the United States in Pennsylvania in 1780. He became one of the main leaders of the new Democratic-Republican Party. He was the founder of New York University and also Secretary of the Treasury under President Thomas Jefferson.

The house itself consists of six sections. The oldest is the original brick building built in 1789. This unique and original house is built in the federalist style with Flemish elements. This style appeared in the United States of America between 1780 and 1830, the peak period being the years 1785 to 1815. This period is associated with the beginnings of the republic and the establishment of the first national institutions in the USA. The style was reflected not only in buildings, but also in furniture and interior decoration.

A simple frame appeared in 1798 along the north side of the brick house. A stone kitchen was also added in 1823, and a dining room in 1895. The south wing of the bedroom was completed in 1902, and a year later the servants’ quarters.

The house was declared a National Historic Landmark in 1965, and therefore was also listed on the National Register of Historic Places at that time. It was declared a national historical monument in 1978 and administratively falls under the Fort Necessity National Battlefield.