What is the capital of Rhode Island? 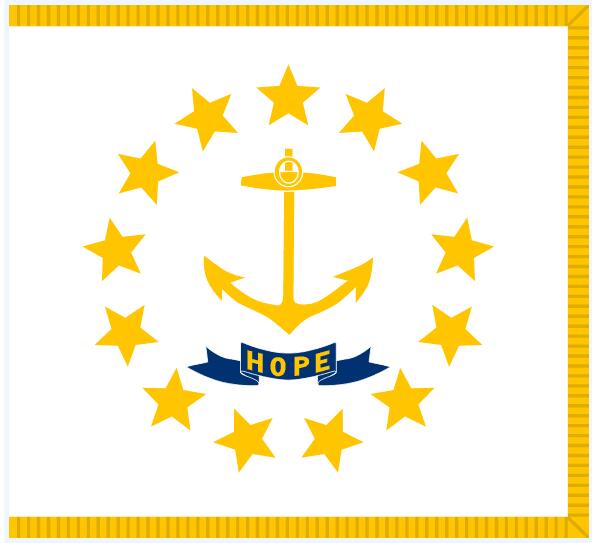 Rhode Island is the smallest of all the US states; It is located in their northeastern part and became the official state of the United States of America in 1790 as the 13th state in a row. Rhode Island borders two other states – Massachusetts in the east and Connecticut in the west. The capital of the state of Rhode Island is the city of Providence.

The first European conquerors reached the area of ​​today’s Rhode Island in the sixteenth century. The first permanent seat here was created by Roger Williams in 1636, and the colony “Colony of Rhode Island and Providence Plantations” was gradually established here, which was characterized mainly by great religious freedom. The province played an important role during the American Revolutionary War; was one of thirteen original colonies rebelling against British rule. In 1790, as the last of these colonies, it also ratified the United States Constitution, making Rhode Island the thirteenth official state of the United States.

Rhode Island is the smallest of all the US states, covering an area of ​​only 3140 km2. As a more or less coastal state, Rhode Island is not vertically fragmented; the highest point is Jerimoth Hill with an altitude of 247 meters. Its geographical dominant is the bay Narragansett with a number of larger or smaller islands.

The climate in Rhode Island is humid continental to subtropical with warm but rainy summers and cold winters. The highest average summer temperatures reach about 28 degrees Celsius, in winter at night temperatures drop to an average of -6 degrees.

The state’s economy has long been based on the manufacturing industry; traditional commodities are jewelry, textiles, or rubber and plastic products. The industry is highly diversified and services and finance, as well as tourism, are playing an increasing role. Given the size of the state, agriculture is not important to the economy of Rhode Island, fishing has historically had a tradition.

The largest commercial center of the state and also the capital is Providence with about 180,000 inhabitants.

The flag of the state of Rhode Island was adopted in 1640.

The capital of Rhode Island – Providence

The capital of the state of Rhode Island is the city of Providence. It was founded in 1636, making it one of the oldest cities in the United States. Today, it has about 180,000 residents; together with the surrounding towns it forms an agglomeration with more than 1.6 million inhabitants.

The Providence area was first settled in 1636 when Roger Williams established a permanent residence there; this seat later became the basis of the whole new colony. She played an important role in the American struggle for independence. After the establishment of the independent state, the city of Providence was a common capital with Newport; since 1900, Providence has remained the only capital of the state of Rhode Island.

Providence is historically a very industrial city; It is known mainly for the production of jewelry and silver, today it is also the seat of many financial and insurance institutions. It has benefited from its location on several rivers that flow into Narragansett Bay near the town.

It is one of the most historic cities in the United States, with several well-known and well-known libraries, as well as a number of historic buildings, such as the original House of Parliament (1762-1900), now the Courthouse, Stephen Hopkins House in 1755 or John Brown House. from 1786. The impressive Capitol building from 1901 is also worth seeing.