What is the capital of South Carolina? 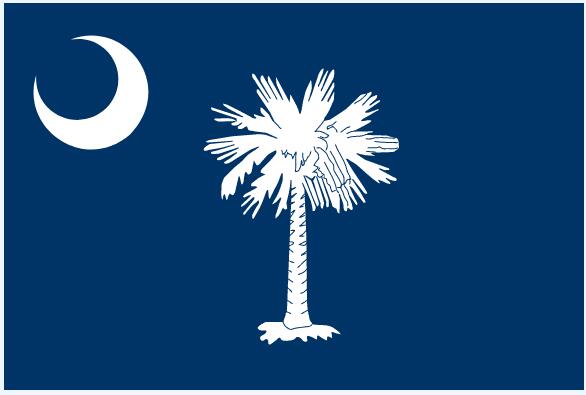 South Carolina is located in the eastern United States and is a coastal state. The humid subtropical climate prevails here, although the higher places further from the coast lose their subtropical character. Summers are very warm with high humidity and daily temperatures regularly rise above thirty degrees Celsius. Winters tend to be very mild, especially the coast, where night temperatures drop to a maximum of 5 degrees.

Furthermore, it is usually colder inland and night frosts can be seen in higher altitudes. South Carolina is prone to severe summer storms, which occasionally turn into hurricanes; The hurricane season usually lasts from June to early November.

The largest city in South Carolina is Columbia, which is also the capital. The population here reaches 130,000; slightly fewer residents live in Charleston and North Charleston.

The capital of South Carolina – Columbia

Following South Carolina’s declaration as an official state, the creation of the capital of the new state of the Union was also enacted. The place was chosen to be as close to the center of the state as possible. Columbia grew rapidly after its inception, first by building a river canal that connected it to Charleston, and in the 19th century the railroad provided the necessary impetus for development. At the end of the American Civil War, Columbia was almost destroyed, and a difficult recovery awaited it after the war.

Columbia is located in the central part of the state on an imaginary line dividing the coastal plain with the more northern part of the state. There is a humid subtropical climate with very hot and humid summers, where temperatures often rising above 35 degrees are exacerbated by high humidity. The average lowest temperature in winter is just above freezing, so night frosts are no big deal here.

The flag of the state of South Carolina was adopted in 1861.