What is the capital of Tennessee? 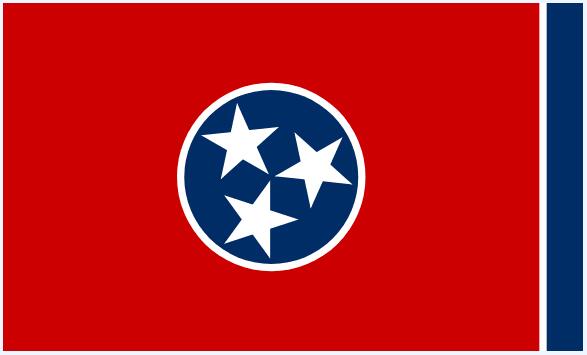 The first European colonists began to discover the territory of today’s state of Tennessee in the middle of the 16th century and they were mostly Spaniards. However, the French began to claim the territory, but their presence here was very scarce, and so they soon began to be under British pressure. They finally gained territory after the victorious Seven Years’ War in 1763; the first permanent settlement of European colonists dates back to 1769. In 1784, several districts broke away from North Carolina in an effort to gain their own government and join the Union; these attempts failed and the districts rejoined North Carolina. She then left part of her territory to the federal government, which turned it into the so-called Southwest Territory. It then became the state of Tennessee, which was accepted into the Union as the official state in 1796 as the sixteenth in a row.

Tennessee has a humid subtropical climate with very warm summers and mild winters. The relatively close Gulf of Mexico then takes care of relatively rich rainfall. Summers are very hot with considerable humidity; The average maximum daily temperature in most of the state is around 32 degrees Celsius. Winters are relatively mild, colder especially in the higher parts of the east of the state; night temperatures drop to freezing in most areas.

Today, Tennessee is a predominantly industrial state, but agriculture has a long tradition here, especially in growing cotton, soybeans and tobacco. Mining of stone and zinc is gaining ground in Tennessee, with Tennessee at the forefront of the United States. The industry is diversified, the most important being chemical, food and textile. Tourism is also significant due to the beautiful natural scenery and traditions of the state – Nashville is known as the “capital” of country music or Memphis, where it has a tradition of jazz.

The Tennessee State Flag was adopted in 1905.

The capital of Tennessee – Nashville

The capital of the state of Tennessee is the city of Nashville. It was founded in 1779 and is located in the central part of the state; today it has more than 600,000 inhabitants.

The city was founded in 1779 by several settlers and was named after Francisco Nash, a hero of the American Revolutionary War. Due to its strategic position in the middle of the state and access to the river (and later to the railway), it began to grow rapidly. In 1843, it became the capital of the state of Tennessee.

Today, Nashville is an important commercial and transportation center in Tennessee with a diversified industry. It is known worldwide as a center of music, especially country music.

Nashville is home to several universities and a number of architecturally interesting buildings, such as a replica of the famous Athenian Parthenon built in 1897 (one of Nashville’s nicknames is “Athens of the South”). There are a number of museums, some of which are closely associated with music, such as the Country Music Hall of Fame and Museum.