What is the capital of Texas? 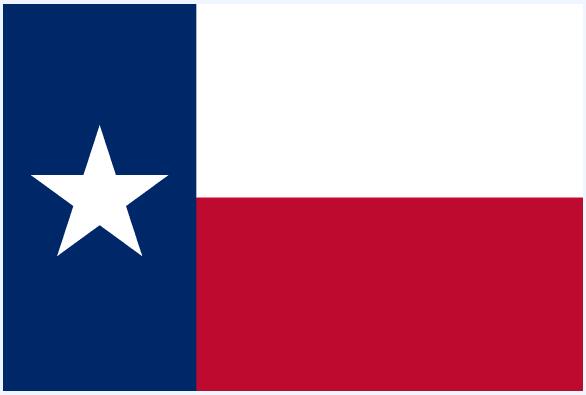 Europeans first entered present-day Texas in the first half of the 16th century. However, they left the region unnoticed for a long time, and it was not until the end of the 17th century that the first permanent settlements of the Spanish colonizers began to emerge here; however, even these were very few due to difficult conditions and very hostile indigenous people. The newly formed United States showed interest in buying the territory, but after the Mexican War of Independence, the territory became part of Mexico in 1821. In Texas, however, separatist tendencies gradually intensified, which subsequently resulted in the proclamation of the independent Republic of Texas in 1836. The newly formed republic withstood the ensuing armed conflict with Mexico, but became part of the United States. This happened in 1845, when Texas became the 28th.

Texas is the second largest state in the United States after Alaska and is geographically diverse. The highest point of the state is Guadalope Peak with an altitude of 2667 meters in western Texas. The state has more than 3,500 named watercourses and fifteen major rivers, the most important of which is the Rio Grande.

Due to their size and geographical diversity, different areas of Texas have very variable weather. While in the west the climate is characterized as semi-desert with very hot summers and cold winters, the east is subtropical and winters are very mild. The lowest night temperatures in winter in west and north of Texas drop to -4 degrees, while on the Atlantic coast in the east of the state do not fall below 7 degrees Celsius. Similarly, in summer, the highest average temperatures in the west in El Paso are up to 35 degrees, while in Houston the coast is several degrees lower.

Undoubtedly, the most important factor in the Texas economy is mineral wealth, especially oil. Texas is the largest producer of oil and gas among the United States. Other branches of the chemical industry are linked to oil, and the food and engineering industries are also represented in Texas. Similarly, in agriculture, Texas is one of the most important American states, mainly due to cattle breeding and cotton growing.

Texas has a number of major cities; the largest is two million Houston, but the capital is Austin with 800,000 inhabitants.

The flag of the state of Texas was adopted in 1839.

The capital of Texas – Austin

The capital of the state of Texas is the city of Austin. It was settled in 1835 and today has about 900,000 inhabitants and, together with the surrounding towns, almost two million residents.

Although the first Europeans entered the Texas area as early as the beginning of the 16th century, there were not many permanent settlements of European colonists there. Texas was formally Spanish territory and in the first half of the 19th century even became part of Mexico. In the 1930s, an independent Republic of Texas was established and its leaders decided to build a new capital. The area of ​​today’s Austin was chosen due to its strategic transport location; the city was named after Stephen B. Austin, one of the first settlers of Texas, who significantly contributed to the establishment of an independent republic.

There are several universities in Austin, the most famous being the University of Texas. Quality educational institutions have attracted a number of technology companies to and around the city in recent decades, and Austin is now a major technology center.

There are a number of architecturally remarkable buildings in the city, such as the Capitol building from 1888, the governor’s residence from 1856 or the French embassy from 1840.